Previous postYou Have a Choice
Your Refreshing Comes DailyNext post

The Way of Peace 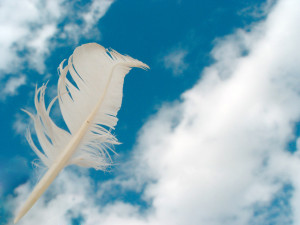 Isaiah was concerned about God’s people who did not know the way of peace. They were out somewhere, wandering in the darkness and didn’t know how to get to peace.  Isaiah knew they didn’t have a flashlight or a cell phone.  All they had was the “still small voice” and they weren’t listening or obeying this voice.

Do you know the way of peace?  Do you know how to get there and dwell there?  I woke up one morning and realized that I lived in a constant state of worry.  If I didn’t have something to worry about, I would think of something.  But that day, like the prodigal son, I woke up and came to my senses.  I am a Child of God! Jesus, the Prince of Peace, has saved me from all this! I don’t have to live here anymore.

So, I asked Jesus to show me the way out of this state of worry.  He said, “Ok, here we go, listen to me, pay attention, I am going to show you the way out.”   I listened as I drove down the road.  When I heard the news report, I heard Him say, “Fear Not.”  I obeyed and didn’t turn down the familiar street called fear.  It was hard, but I didn’t give in.  Instead, I turned the opposite way called faith.  At that moment I was at peace, by simply obeying His voice when He said, “Fear not.”

As I continued traveling down the road, I came to a four way stop.  There were four different people wanting their own way.  He said, “Stop, let them go on.” Again I obeyed, and continued on my way in peace.

In the last part of my journey, I found myself in a heated conversation.  I felt angry and hurt, and then I heard His voice say, “Forgive”.  I stopped, obeyed, and soon the “red light” inside of me turned green and I continued down the road in peace.  I found the way to peace that day.  As I obeyed the voice of the Lord, I was at peace.